A bug found in software version 1.2.7 presents the opportunity for damage to the pan motor if the fixture continuously pans & tilt for an extended period of time (30 minutes or more). V.1.2.7 should no longer be used.

Other causes could be a faulty motor, a faulty pan/Tilt 2U PCB, faulty harness or damage to the motor by an external force

If related to software bug in V.1.2.7- Update software using a HES Special Uploader and Replacement of Pan Motor if damage occurred 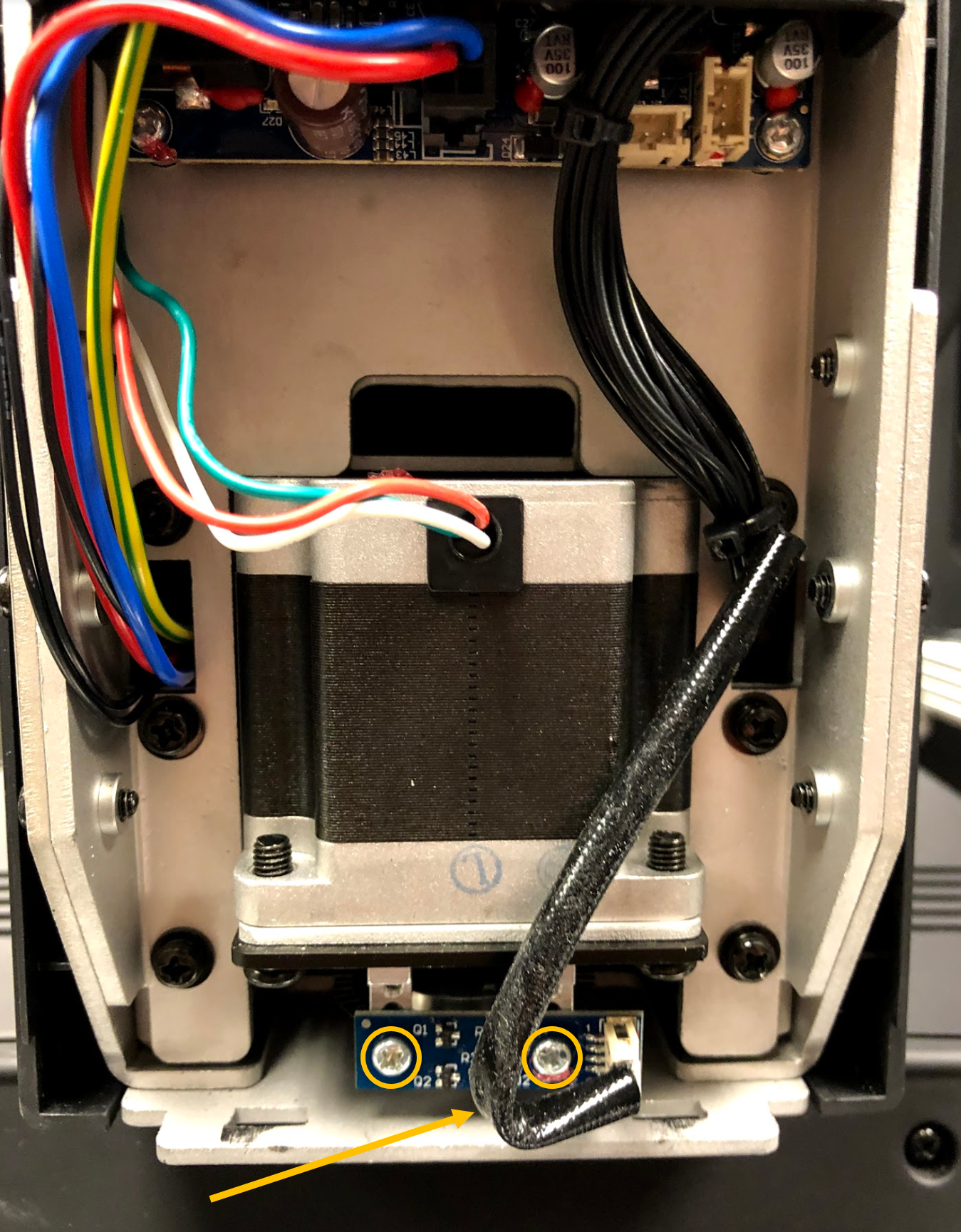 Step Ten: Angle pan motor to pass yoke cut out and be sure to mind the wire harnesses while working the motor out Step Eleven: Remove pinion gear/encoder wheel from the pan motor shaft and be sure to mind the teeth of the encoder wheel while removing Step Twelve: Pan motor can now be removed, but be sure to mind the harnesses when removing Step Fourteen: When installing the pinion gear/encoder wheel, 2x set screws must land on the 2x flats of the motor shaft Step Fifteen: Sometimes marking the flats from the top view of the motor shaft will make installing easier Use steps 1-15 in reverse order to install new motor.